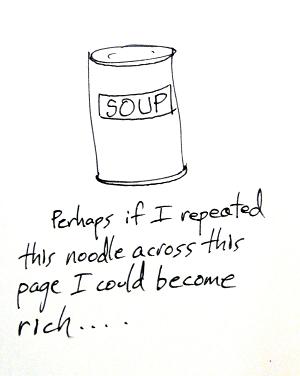 Posted by Simon St. Laurent at 9:17 PM No comments: 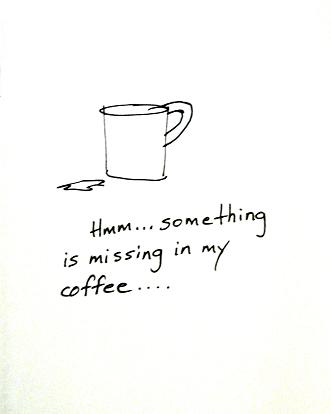 Posted by Simon St. Laurent at 9:07 PM No comments:

Four by Three: He Saw What? 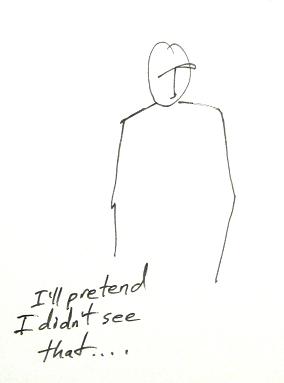 I first heard about Suspect Video and Culture in September of 1991, a month after the store first opened.

Included in the news given to me by a friend was the prompt to go there since Suspect has an eclectic collection. (I like films off the beaten tape path.)

Toronto's home-video scene was changed forever by the opening of this outstanding store.

Soon after I met Suspect's owners, two personable and knowledgeable guys who I would get to know over years of regular visits: Luis Ceriz and Merrill Shapiro. One of my fondest memories is from 1993: I brought the guys a box of donuts one day; Luis held an extra powdery baked treat as he showed me the store's biker-gang video selection.

I popped in to see the store today. It will close for good in about two weeks. (Honest Ed's, the building which Suspect rents space in, closed today.) 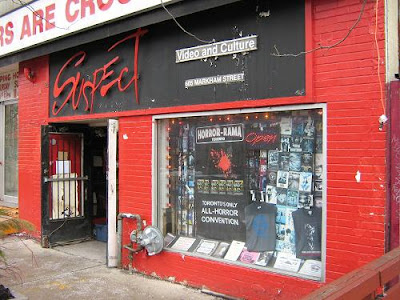 My first visit to Toronto's famous discount store Honest Ed's was in 1984. Soon after moving to the city, I made a trip as a starving student. It made some sense.

Today, thirty-two years later, Honest Ed's opened for the last time. (A stinky condo complex will probably be erected in its place.) 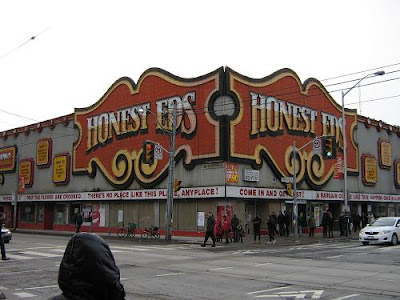 Posted by Simon St. Laurent at 6:30 PM No comments: