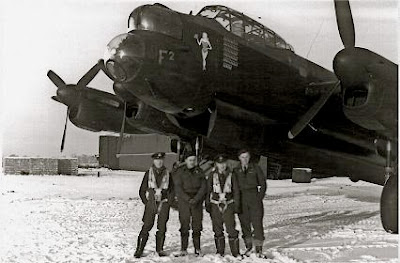 
* The photo above is of the very Lancaster that my father flew in on the ‘Berchtesgaden’ operation; in addition to two earlier raids, including one on Bremen three days before. (The crew pictured here is not his crew.)
Posted by Simon St. Laurent at 11:51 PM 3 comments: