Like many people I was amused by the Trump Team's application of a term to 'rationalize' results which most of us would claim otherwise to be of incontrovertible facts. (Reality.) The term exploded: "Alternative Facts." (Actually, this phrase is quoted by George Orwell in his classic dystopian book Nineteen Eighty-Four, first published in 1949. I have that book on my shelf; about five feet from where I'm sitting. Time to reread Nineteen Eighty-Four.)

It later occurred to me that there is an episode of the first Star Trek series titled "The Alternative Factor". Mulling over the hilarity of the whole concept of Alternative Facts, I decided to look up the names of other episodes in that classic television series to see how they might be affixed to The Donald, 45th president of the United States of America.

(Many of Star Trek's episode titles were culled from lines in Shakespeare's plays.)

It was too easy. There were a few titles I didn't bother scribbling jokey comments about, and one in particular I would not touch. After reviewing my notes I trimmed my list down to 30 titles.

The episode name (and my attempt at humour):

Where No Man Has Gone Before (he insists)
The Enemy Within (there is that)
Shore Leave (we're going to need it)
Tomorrow is Yesterday (according to "alternative facts")
A Taste of Armageddon (he will give us)
The Alternative Factor (Trump's television show after his presidency)
The City on the Edge of Forever (and it needs new towers! Forever!)
Operation: Annihilate! (commencing operation)
Amok Time (it sure is)
Mirror, Mirror (in that universe there is a Donald with a goatee)
The Apple ("no it's not, it's a banana")
The Doomsday Machine (is titled the biography)
Metamorphosis (Trump turns into a butterfly; but it's all a dream)
The Deadly Years (is titled a chapter in the biography)
The Trouble With Tribbles ("they were imported and weren't taxed?")
The Immunity Syndrome (he suffers)
A Private Little War (on Twitter)
By Any Other Name (a rose is still a banana)
And the Children Shall Lead (and yes they shall)
Is There In Truth No Beauty? (how about "In Lying"?)
Day of the Dove (now outlawed)
For the World is Hollow and I Have Touched the Sky (believe it all)
The Tholian Web ("if the Tholians can build a web I can build a wall!")
Plato's Stepchildren (of many, many "steps")
The Empath (Trump isn't in this episode; replaced by a character named "Clinton")
Wink of an Eye (go your social programs)
Whom Gods Destroy (allegedly Trump's favourite title)
Let That Be Your Last Battlefield ("never!....never!")
Requiem for Methuselah ("a disaster!....disaster!")
All Our Yesterdays (hold onto them, for dear life!)

Tuesday Morning Too Early (from 2018)

Listening to the business report:

Maybe it's my coffee, maybe it's combining with this early hour, but I heard this: "two-face book."

I'm not on that social media platform, but I'm sure some Facebook users would understand my miss-hear. 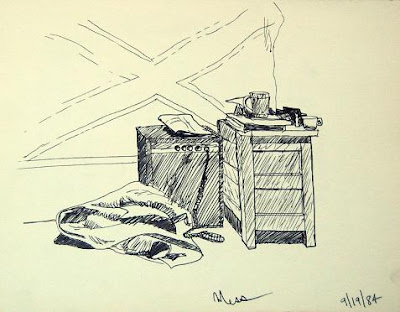 University and college students will be returning very soon to start a new school year. For some this will be their first time away from home.
The above I sketched just weeks after arriving here in Toronto to start film school. No, it's not my mess but my roommate's. No doubt my own personalized mess is safely behind my sketchbook.
Posted by Simon St. Laurent at 8:03 AM No comments:

“Since before your sun burned hot in space and before your race was born, I have awaited a question."
Sir. What if the wrong way is the right way? 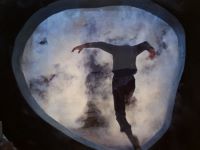 The combination of Godzilla and Toho film studios makes for a formidable tag team. The famous Japanese production complex is so synonymous with the rubber-made monster that it's hard to believe that it actually has produced non monster movies.

However, the purpose of this piece is to go for the studio's biggest star: Godzilla.

In the late summer of 1988 I became friends with a chap who had been living in the same building as me for four years. We hit it off right away once we decided to converse with one another. He, Richard, was in the midst of his physics master's degree program at the University of Toronto, and I, a recent film-school graduate, was working very occassionally as a designer on films and television commercials.

How tickled I was when he told me that he was a big fan of the Godzilla pictures.

A pot of tea, a bowl of unhealthy potato chips, two geeks in front of a VCR-powered television set: Godzilla; Godzilla vs. the Smog Monster; Godzilla vs. Mothra; King Kong vs. Godzilla; Destroy All Monsters; Godzilla, 1985; you get the picture.

Richard earned his PhD, and I stomped around in the film and television business.

Posted by Simon St. Laurent at 7:45 AM No comments:

“Since before your sun burned hot in space and before your race was born, I have awaited a question."
Sir. It's not of this Sol-3?

Posted by Simon St. Laurent at 7:44 PM No comments:

Back to School Gadgetry

Something I heard minutes ago: "Back to school gadgets."

Back to school gadgets? When I was in elementary school the only thing that might have qualified as a back to school gadget was a pencil case (there was a zipper that moved), or, even better, the protractor inside it (I could adjust the instrument's spread).

Actually, there was, and still is, the combination padlock for the school locker. It was cool: after closing the lock you could open it again just by spinning the center spinny thingy in the right directions and in the right increments.

Some things stay the same. Even with great advancements in technology.

Posted by Simon St. Laurent at 7:34 PM No comments:

“Since before your sun burned hot in space and before your race was born, I have awaited a question."
Sir. What's the best question one can ask without asking a question?

Posted by Simon St. Laurent at 9:22 PM No comments:

On Thursday, August 4th, I wrote about an Advanced Cinematography Workshop to be held here in Toronto this coming weekend. Yesterday, course instructor Francois Aubry sent me the latest flyer.... 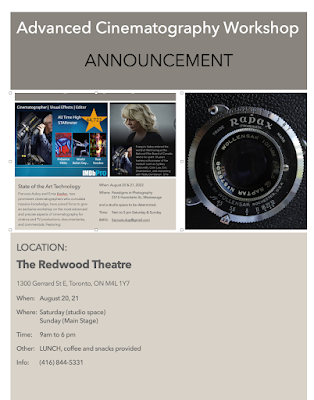 Further to my posting from this morning: Bloor Street United Church (Toronto) 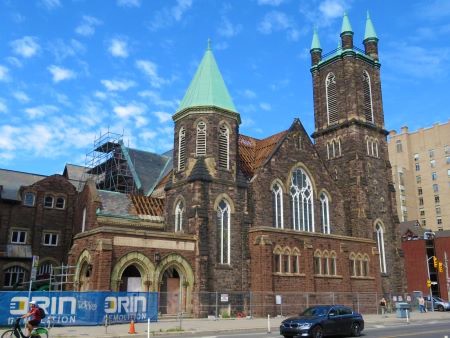 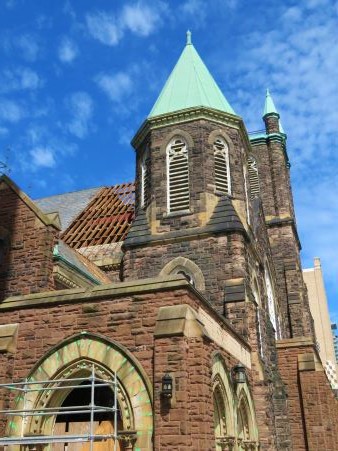 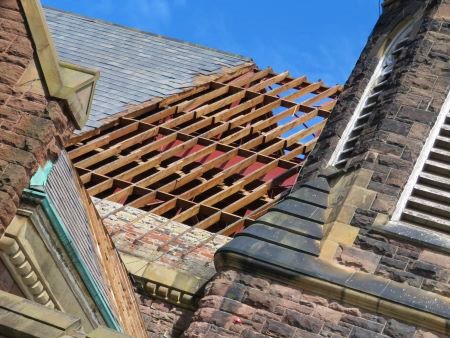 Posted by Simon St. Laurent at 3:46 PM No comments: 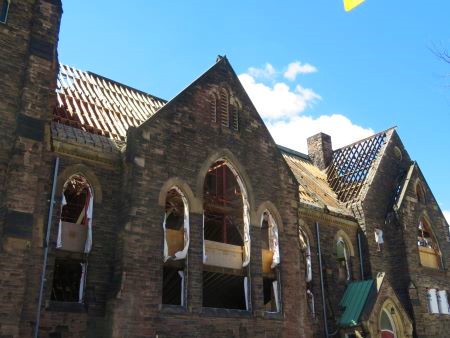 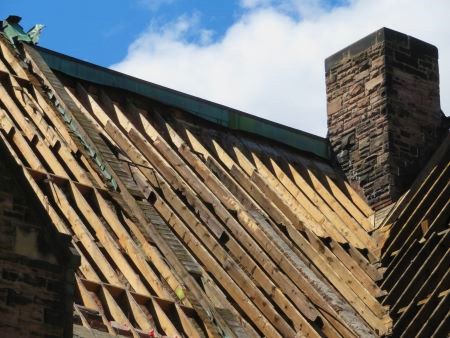 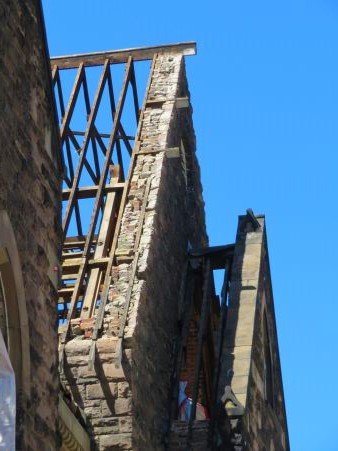 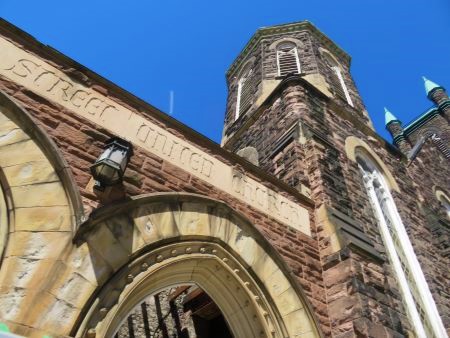 "Allen's Shows come from an age when science-fiction and fantasy TV shows were watched by everyone, not just an elite clique of enthusiasts."
While it may be an exaggeration to say "everyone" ― perhaps "anyone" would be a better word here ― the author is correct in that such television fare today has what I call a "boutique audience". (Look at the viewer numbers for any SF/fantasy TV show from the last two decades.)

Ten Things Cats Have Been Known to Say

"Humans? What about them?"

"Those curtains had to go."

"Can openers? That's putting it politely."

"Why mice and rats? Human infants are too easy to catch."

Posted by Simon St. Laurent at 6:27 PM No comments:

Subject: Those soft and furry things that you can't get mad at
While I grew up with both a cat and a dog as family pets, I much prefer the feline due to that type's lower maintenance requirements in addition to its rudimentary affection characteristics. (Notice I did not mention veterinary costs.)

Many years ago I came up with two little and hardly original bits to sum up my admiration for Felis silvestris catus.

* I do not trust any man who doesn't like cats.

* There cannot be a more blissful existence than that of the pet cat of a loving owner.

Posted by Simon St. Laurent at 6:19 PM No comments:

A Forever Question: Shut up?

“Since before your sun burned hot in space and before your race was born, I have awaited a question."
Sir. What's the best question one can ask without asking a question?

Posted by Simon St. Laurent at 7:43 AM No comments: 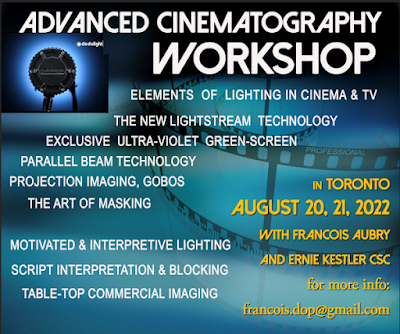 Francois Aubry, a friend, peer, and former coworker (at Film Opticals of Canada), will be teaching an "Advanced Cinematography Workshop". With Ernie Kestler, CSC, Francois will get into the practical application of the latest lighting and imaging tools when shooting 'film'. Digital imaging technology is wonderful, especially to those of us who've shot miles of 16mm and 35mm film emulsion and experienced the costs involved in utilizing those so-called "analogue" technologies. Anyone can make a film now, but knowing and understanding the latest, and ever-evolving associated technologies, gives one an essential edge.
To be fair, I could take this workshop, but I have a prior commitment that weekend; plus, by not attending, I'll free up one of the eight available seats....
Advanced Cinematography Workshop
― Elements of Lighting in Cinema & TV ―
The New Lightstream Technology
Exclusive Ultra-violet Green-screen
Parallel Beam Technology
Projection Imaging
Gobos
The Art of Masking
Motivated & Interpretive Lighting
Script Interpretation & Blocking
Table-top Commercial Imaging
In Toronto
August 20, 21, 2022
with Francois Aubry
and Ernie Kestler, CSC
for more info:
francois.dop (at) gmail.com
Posted by Simon St. Laurent at 9:39 AM 1 comment:

“Since before your sun burned hot in space and before your race was born, I have awaited a question."
Sir. Is there a motion picture camera obscura?

Posted by Simon St. Laurent at 6:44 PM No comments: 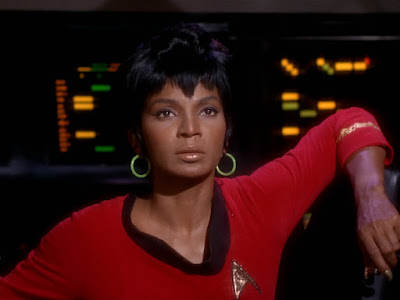 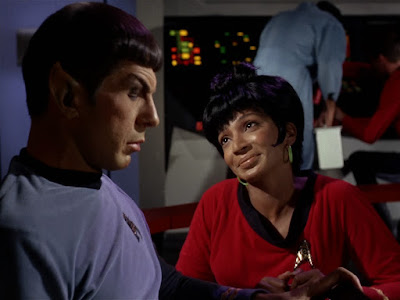 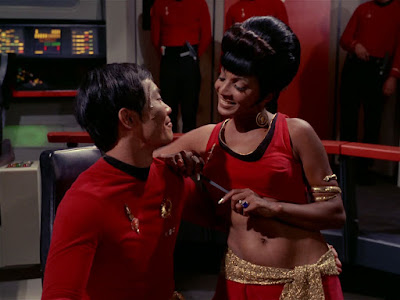 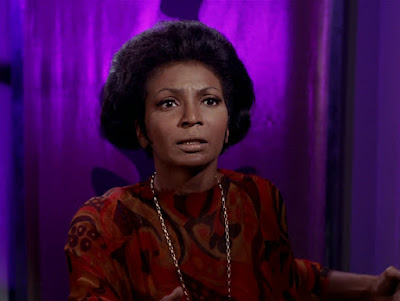 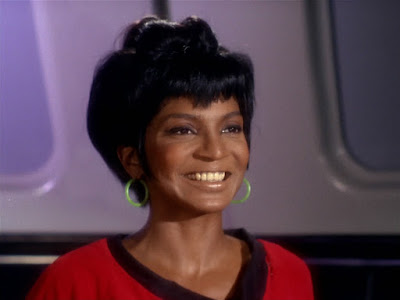 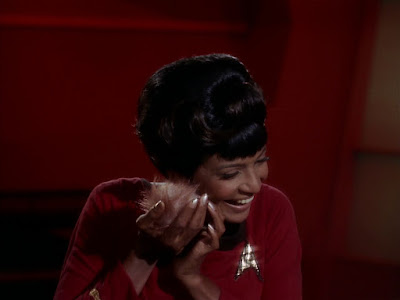 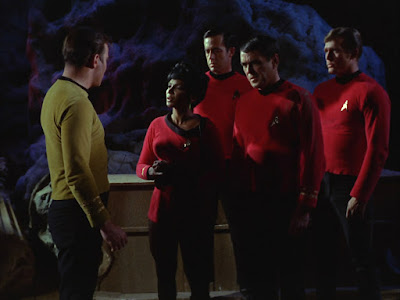 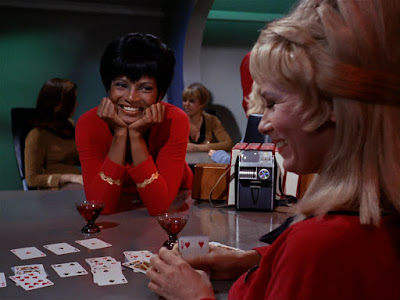 Yesterday afternoon I read the sad news of Nichelle Nichols' passing. She was a vital part of Star Trek's brilliant cast of characters. While she joked that Uhura's line too often was "hailing frequencies open", it must be said that Ms Nichols was allowed to shine from time to time. The chemistry onscreen among the series cast was obvious to even the casual viewer, and no matter who she paired up with, the magic was there.
Posted by Simon St. Laurent at 11:36 AM No comments: