Should the SkyDome Be Given Its Back Name?

There is a petition going around titled "Give us back our SkyDome!" and it's filed on Change.org.

This initiative reminds me that the name "SkyDome" was not my first choice. A contest had been held in 1987, while the structure was under construction, to come up with an appropriate moniker for this new and impressive soon-to-be stadium; the first one with a "fully retractable roof".

Although I never submitted anything I came up with my own pick very quickly once I heard about the contest: "Trillium." It just happens to be the official provincial flower of Ontario. (Attention, some American readers: Toronto is in the province of Ontario.) In addition, "Trillium" sounds "big"; it does to me at least. 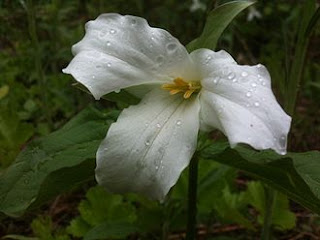 To impress, the dome was then opened. The sky had opened.
Posted by Simon St. Laurent at 11:26 AM