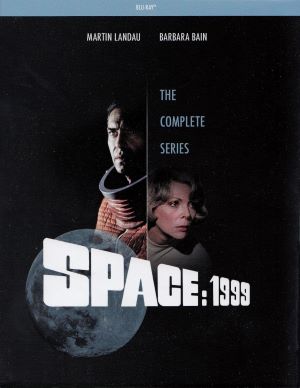 I bought the Space: 1999 Complete Series Blu-ray set in July of last year; and have watched just one episode, which I did last night: "A Matter of Life and Death"
Even it were a matter of life and death, I might have to be forced to watch more of this series. The good news is the wrapping is off the set....
I'm being somewhat facetious as there are a few good episodes. A few.
Space: 1999 premiered when I was a young teen, but even then I knew something was off. Buying this BD set, perhaps, was a simple case of me trying to force myself back to my youth.
Posted by Simon St. Laurent at 12:58 PM

"A demented serial killer stalks a lone women in the icy cold of space. Even with the whole Moon to hide in, she may never escape. CSI:1999"

That's what that series was about. I had been wondering!