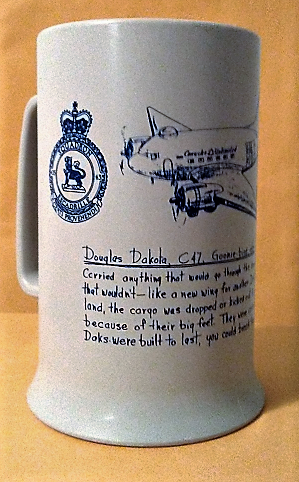 Douglas Dakota, C47, Goonie-bird, etc.
Carried anything that would go through the door, and a few things that wouldn't -- like a new wing for another Dak'. When they couldn't land, the cargo was dropped or kicked-out by guys specially recruited because of their big feet. They were called 'kickers', of course. Daks were built to last, you could break them, but they never wore out.
Posted by Simon St. Laurent at 6:25 AM