Film Design: Looking for a Monster

Hyper-Reality is an uncompleted 35mm short film that I co-wrote*, directed, and designed. (I've posted about the production a few times. The most recent of which is here.) A main part of the film's storyline is a narrative arc containing scenes that look as though they could have been lifted from the old, and very bad, television series Lost in Space (1965-1968). With that TV classic being our template it was necessary to design and build similar sets, props, and costumes for our little show.

In a later rewrite of the Hyper-Reality script I added a Lost in Space monster, the kind that would toss John Robinson about and posses the uncanny ability to all but repel ray-gun beams. (I mentioned my script adjustment to my art assistant and she cracked up laughing. "Why am I not surprised?") Once the ink had dried on the script page, I had to find that monster. My assistant and I visited the various costume houses here in Toronto and found a bear-like beast that seemed to fit the bill. As a matter of fact I shot a sequence with it, but once I saw the footage of the monster in action I realized it did not entirely work for me. I went to my drawing table to design a second creature for the Alien Lair.

Here are some early sketches for the monster that could now be built from my personal specifications: 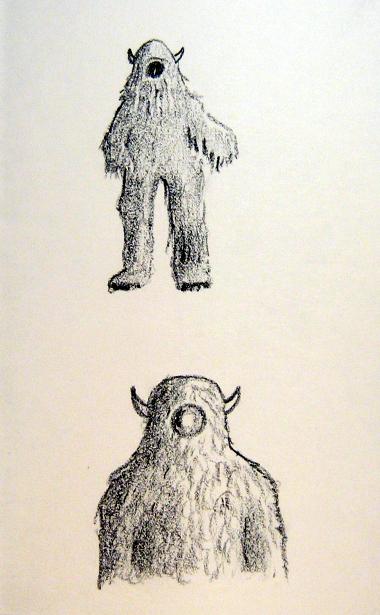 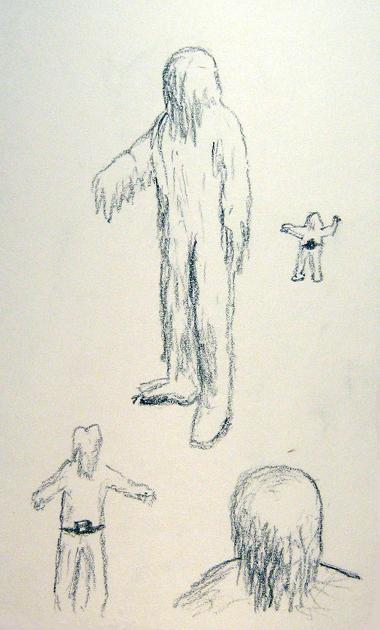 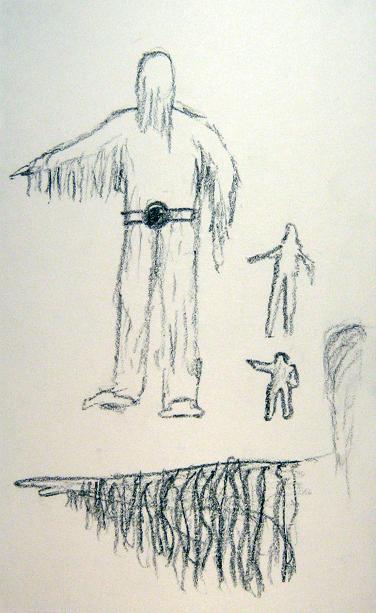 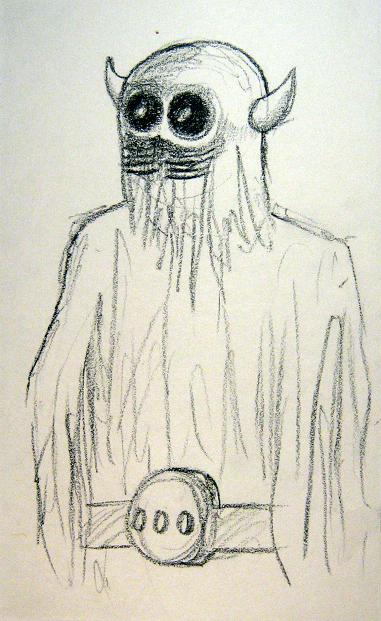 (* Written by Tim A. Cook and me, with a draft and edit by Michelle Berry)
Posted by Simon St. Laurent at 9:39 AM

Favourite is the top. But anything with LIS as a style guide might have worked with the original, no? If I recall, PMS played it. Hope this is completed.

You are right. I did not like the first one at the time but now I do.

It really has that "retro tv" monster quality to it.

I'm guessing my efforts were successful. I'll be sure to give myself a retroactive bonus.

To be perfectly honest, it was pretty easy. If you've seen those Irwin Allen shows, you'll know what I mean.