We Canadians, and some U.S. fans of the National Hockey League, know the name of Bob Cole. For decades he's called hockey broadcasts for the CBC (Canadian Broadcasting Corporation). Fans will know him for his "Oh, Baby!", used at special moments....like scoring plays.

Mr Cole will be calling his last game tonight, although he's been in a state of semi retirement for a few years.

The game starts in a few minutes: the Montreal Canadiens vs the NHL's comic strip, the Toronto Maple Leafs. (An old rivalry, that is.) 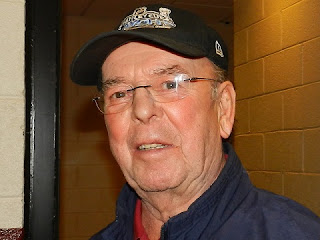