A Throne Room Set Starts With a Sketch 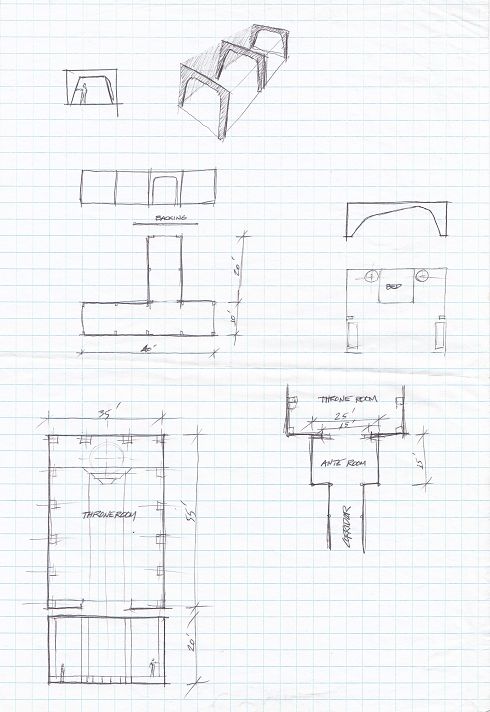 The above sketch came about after discussing a script I was in the process of writing with a friend. I designed the set with a tight budget in mind; the walls are modular in concept, with the flats interchangeable. The idea is the set would not be built as a complete structure but would be assembled as a portion to suit a given scene, with the rest filled out on the computer. Technology allows one to do more set and scenery for a lot less money. A good example is the current television series Game of Thrones.