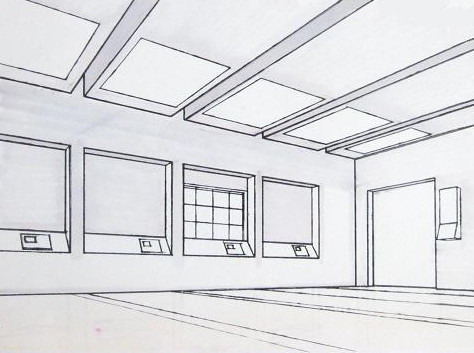 Most proposed film and television projects do not get past the writing and development stage, which is okay. It's a big leap to go from that to a "green-light".

In 1987 I sketched the above set design concept for an episode of a proposed television anthology series. The idea was this would not be any ordinary and contemporary bank vault but something more 'hi-tech". One sliding panel is opened to reveal safety deposit boxes.

Even though this particular project was unable to get interest from a broadcaster, my involvement was hardly a waste of time. They rarely are; it's all in the name of improving and flexing one's craft.