On Saturday, February the 13th , I came clean by making a long awaited admission of misplaced support from 1970.
Today I will admit something about "misplaced support" from 1971. 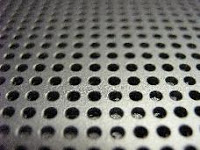