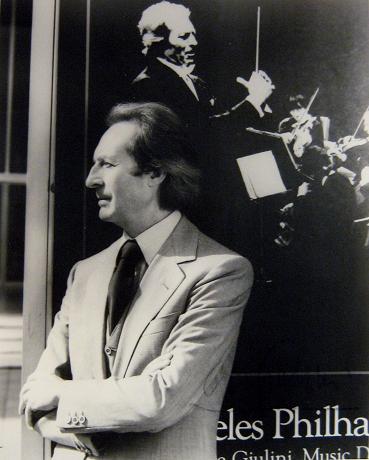 Italian conductor Carlo Maria Guilini (1914-2005) enjoyed a long and prolific career. When I mailed off for his eight-by-ten he was principal conductor for the Los Angeles Philharmonic orchestra. Guilini was also an acclaimed leader of opera, staging works such as La traviata and Don Carlos.

The glossy's stock signature was done in grease pencil. Unfortunately much of it was lifted off when the photo sat in the stack.
Posted by Simon St. Laurent at 9:03 AM