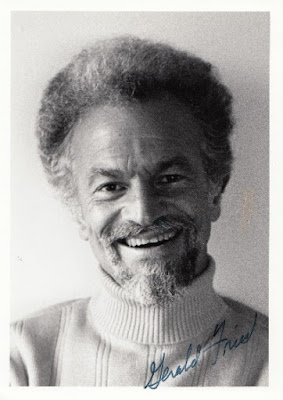 Gerald Fried turned 90 on the 13th of February.

The man himself sent me the above photo in October of 1991 after I wrote him a very un-fan-like letter. (A Note of Appreciation.)
Posted by Simon St. Laurent at 6:59 AM

You can also add "Futurama", which used the cue when Fry travels to Dr. Zoidberg's home planet for ritual combat during the mating season.
"All rise for our national anthem..."

Indeed. I picked "The Simpsons" as it's the more well-known example.