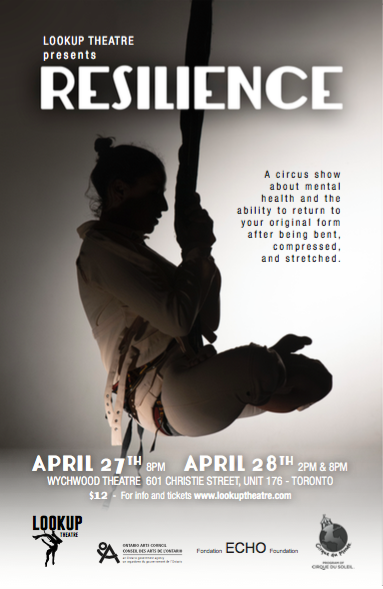 I'll let the flyer for the upcoming show speak:

"A circus show about mental health and the ability to return to your original form after being bent, compressed, and stretched."

Tickets are $12 each. For information and tickets: www.lookuptheatre.com
Posted by Simon St. Laurent at 7:57 PM