With the 2021/22 National Hockey League season upon us -- but not "upon" me as I much prefer Premier League football -- it is time for me to look back at my postings regarding that poor bastard of a sports franchise, the Toronto Maple Leafs. I must clarify something: That ice hockey club is one of the greatest of sports team money-makers... it's just that they don't win much of anything, certainly not the coveted, and gorgeous, Stanley Cup.
I plead with you, dear reader, that unless you want to be duly entertained, please not to do a search within this blog using the key words "toronto maple leafs". Clearly I am not a fan, but for some reason I like to mock a big-name sports team that has not won a league championship since 1967. Yep, nineteen sixty-seven. That was before man landed on the moon and pre New York Islanders and Philadelphia Flyers. That long ago....
Please let me introduce you to my Toronto Maple Leafs world, with the subject's kick-off piece I wrote in March of 2016, and one which explains, fully, where I am coming from:
An Admission 45 Years Later (Maple Leafs Forever)
On Saturday, February the 13th , I came clean by making a long awaited admission of misplaced support from 1970. 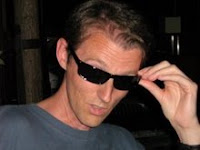