While discussing abandoned books with a friend today, my example was the Close Encounters of the Third Kind tie-in novelization.

I started digging in in late 1979, and in November of that year I packed it in. The real part of this story is the fact that for almost thirty-nine years the bookmark was exactly where I left it: Chapter 10.

The book was unremarkable, like most of that kind, and added nothing to what to me was an unremarkable movie -- sans a few show pieces. 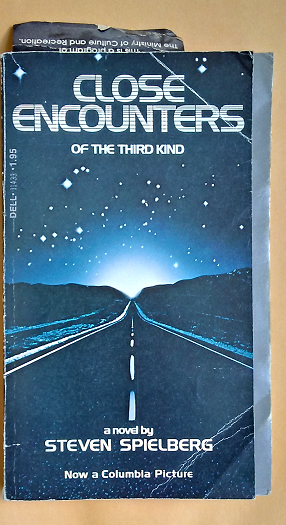 The bookmark: "Half Back - The Ontario Rebate Program that turns old Wintario tickets into discounts", valid from May 1 - September 30, 1979.

Did Spielberg really write that?

I'm not sure. As you probably know, Alan Dean Foster had a reputation back then for writing snappy novelizations....of which "Alien" was one.