The Most Beautiful Game - Match Point!

Having watched about ten matches of the 2018 World Cup has convinced me that football is indeed "the world's most beautiful game". Ice hockey, as much as I love it, is, unfortunately, represented by the NHL here in North America. To me, the National Hockey League has too many problems; including but not limited to: too many teams, and representation in soft-ice markets -- ice hockey in the southern U.S.? (Gary Bettman knows! He always knows!)

International ice hockey I much prefer, mainly because of the larger, therefore more proper, ice surface.

The World Cup match yesterday between England and Croatia was bloody exciting!

This coming Sunday: The deciding cup match between France and Croatia. 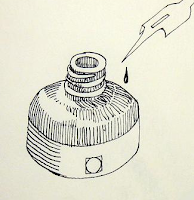 It does require you to slow down and appreciate the game play more than hockey or basketball. Still...every time I watch a game I think of that old Simpsons gag with the 2 announcers. Ha!