Last month I wrote a brief piece about a television series pilot/demo show that I produced a few years ago. Mr Science did not have any takers but the process of writing, designing, and producing the one-off was one of those endeavours that I found satisfying on a creative level. There were problems (always), some bumps, but I learned a lot.


The main, and only, standing set was that of a science laboratory. Here is an early concept I sketched: 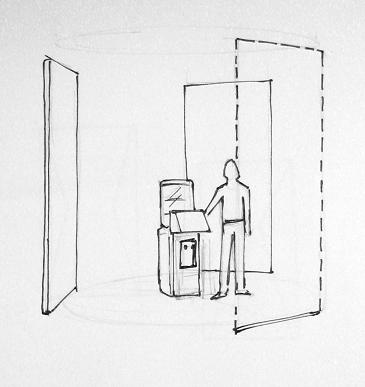 And here is a floor plan view of that concept: 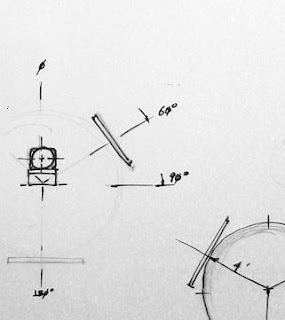 Eventually, but rather quickly, I finalized my set design. Here is a thumbnail sketch of the floor plan and elevations: 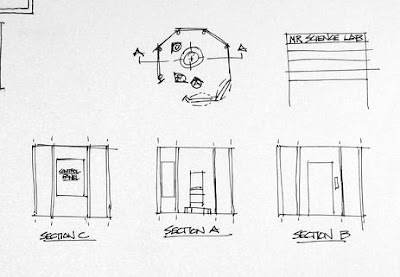 In case the show were to sell, or if I wanted to make the set in a larger scale, I worked out some concepts for something a little more elaborate than what I conceived for the simple pilot show: 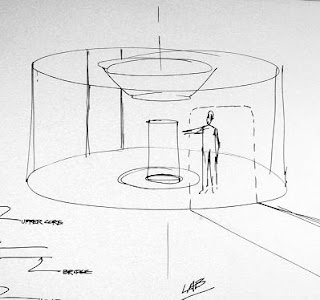 Here is a more elaborate version of the design I settled on in that it has a ceiling: 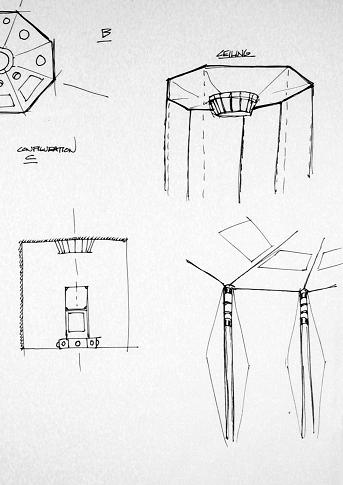 Soon I will post a photograph of the completed set.