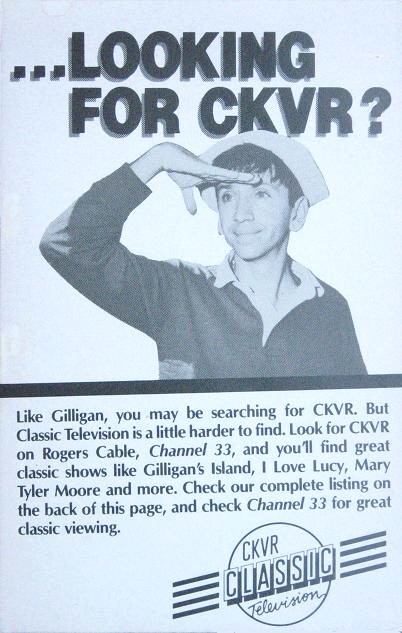 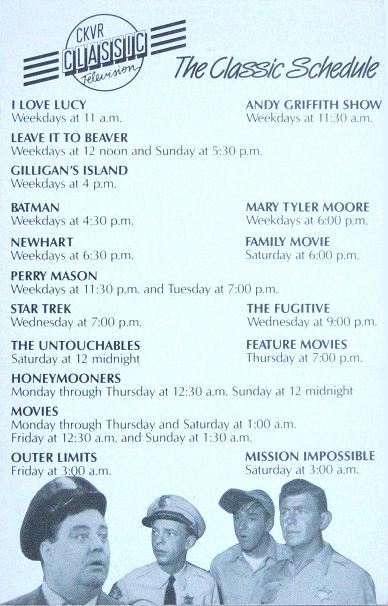 I admit I cannot remember what summer this was: When I get a chance I'll check archived television listings.

I remember them being bought out by City TV....then poof!

CKVR slammed downhill when they became "The New VR".

The joke was "I want the old VR back!" Toronto Star 'television' columnist Rob Salem did a story on the big changeover and quoted a few people as saying that.

Now CKVR(DT) is a joke of CTV's doing.

I think this ad is later. The key here is "Newhart". If they're not lazily referring to "The Bob Newhart Show" (the first series), then the second series would've hit syndication in the mid-80s or onward.

I think you're right. I don't know much about any version of "Bob Newhart" but the title issue would be a clue, as you say.

Right after I uploaded the post I realized there was a clue: The cable channel realignment from 20 to 33.

But, this is before 1992; that's when CKVR's summer program became "Time Warp Television".