Late yesterday morning a friend gave me the news that Lithuanian-American filmmaker and writer Jonas Mekas had died. (I had just finished a few minutes of online newspaper reading and did not see any news bits on his passing. It had not yet hit the mainstream media.)

He was called a documentarian, an experimentalist, but I preferred to call him an "exploratory" filmmaker.

One of my favourite Mekas works is Notes on the Circus (12 minutes, 1966). It starts. "I get it. He shot film at a circus." But after a few minutes it becomes hypnotic.

This film school graduate imagines that Jonas Mekas would have been a fascinating lecturer and guest instructor.


From The Guardian: Jonas Mekas: how a Lithuanian refugee redefined American cinema 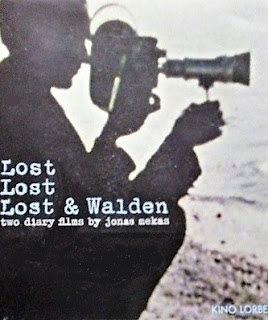