On May 5th, 1961, [sixty] years ago today, NASA's star astronaut, Alan B. Shepard, became a trailblazer. The world watched as his Redstone rocket sat on a launch pad at Cape Canaveral: 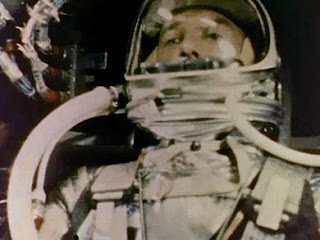