Yesterday I saw a headline along the raster lines of "21 Must-See Television Shows this Season". I was confused at first; it was the "this Season" add-on that threw me.

Twenty-one?! Cripes. I would not be able to come up with "21 Must-See Television Shows" if I had access to the entire history of television programming. (Of course, we've talking about U.S. dramas and sitcoms.)

Give me a television remote control capable of scanning backward in time and I will search. This may take a while.... 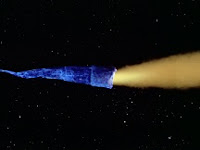