This morning I awoke to the news that British boutique publisher and bookstore Miwk is to close its doors. The above tweet was from their account, but even then I believed that I had simply misread it and thought they just meant they were closing on "December 24th" due to the Christmas holidays, and not closing for good.

What's my interest in this company? I've bought a few titles from their online store; but that too will be no more.

"We won't be having a massive blow-out sale as most of our remaining stock can be sold online."

Miwk Publishing, based in Reigate, UK, specializes in fandom-based books on films and television programmes. Script Doctor (Andrew Carmel), Jaunt (Andy Davidson), and Totally Tasteless (Richard Marson) fill a certain need admirably well. These are well-written and absorbing books in their own right. 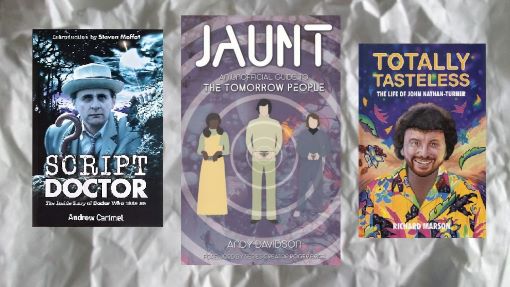 Postscript: Beware of a Conservative government....