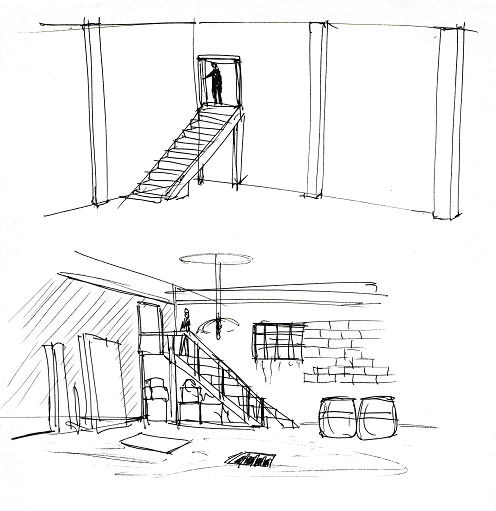 When I'm writing a script or story and I want to get a handle on the layout and look of a location I often sketch out what I imagine that place to be. Sometimes I'll draw up a place to give me story ideas.

I wrote a short-film script a few years ago after I watched the 1924 Russian silent feature film Aelita. The work of its designers, Issac Rabinovich and Victor Simov, inspired me to review Constructivist art. What happened was I stormed-up a story. I could not write it down fast enough.

The sketches above came from my pen when I was writing another story idea.

The above piece was originally posted on December 13, 2017
Posted by Simon St. Laurent at 8:48 AM