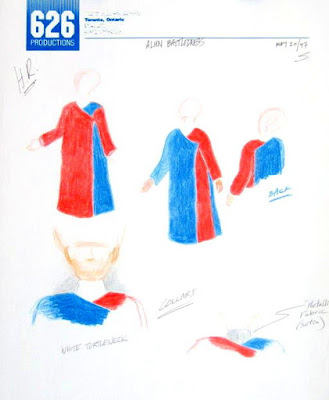 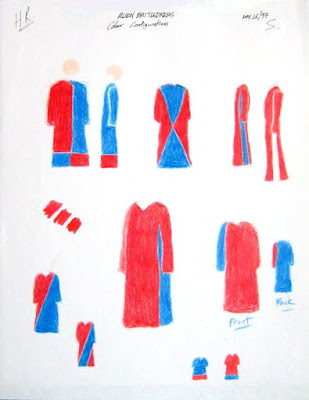 There are a few "Alien" characters in the (as of yet) uncompleted 35mm short film, Hyper-Reality.

Above are two pages of colour concept drawings I did when I was beginning to think about the look of the Aliens' "battledress". The flowing robe idea had already been established with the metallic gowns the characters wear in the first part of the film, but these sketches illustrate my roughing out the colour patterns for the battle version.

I based the idea on "Heraldry". Early on I had decided on blue and red, but it took many thumbnails ― which I will post later on ― to nail down exactly what "cut" I wanted. The final result was one of the simplest ideas; which is often the case with this sort of thing.
Posted by Simon St. Laurent at 12:55 PM