Floating through Wikipedia, as I'm prone to do once I'm on a rolling wave, I went from "shipping" to "Bermuda Triangle" to "Sargasso Sea" and ended up on "The Lost Continent (1968 film)". That entertaining motion picture, produced by Hammer Films, wonderful Hammer Films, and Seven Arts Productions, captured me when I first saw it in my early teens. 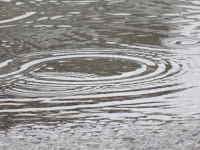 Shades of the review of the Star Wars Holiday Special by one critic who declared that it had written by "a bag of sentient cocaine".

That's very funny. I had not heard that.

The Star Wars Holiday Special is grossly underrated... and underappreciated. (Sorry, too much seaweed.)