The Common Excuse is: All Politicians Are Bad

Today I had news-radio on as I worked: it was important that I hear the fallout from yesterday's Ontario provincial election.

People were asked via "streeters" if they voted, and if they did not, why not. I heard the old excuse: It wouldn't make a difference, anyway; they're all corrupt/useless/bad.

A few years ago I read Toronto-based author Nino Ricci's absorbing biography Pierre Elliott Trudeau. Trudeau Sr thought Ottawa (Canada's capital city) was staffed with useless and corrupt politicians and had no use for that town....until he began to work there in a minor capacity. He realized then that there were in fact a lot of good people trying to make a difference. 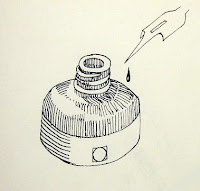 I voted. I made a difference in a close race. I don't ever have to make excuses for my vote. That said; many people are bad, and all politicians are people. And we seem to just keep getting the worst of a bad lot in this province. We haven't seen competent government since the last NDP win, and even then; they were lead by a turncoat who pulled some moves that are still costing us money today. Excellent overview here: Why Ontario keeps choosing between bad or worse leaders. We may even have to look farther back to Bill Davis (yes, a PC!) to find a decent premiere - but even then, there were scandals.