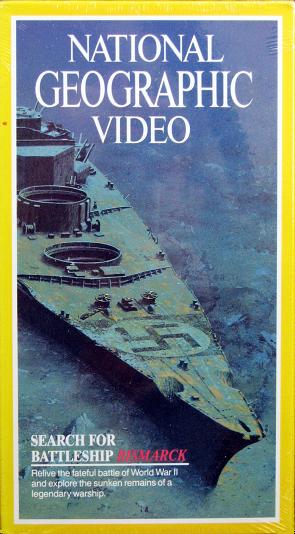 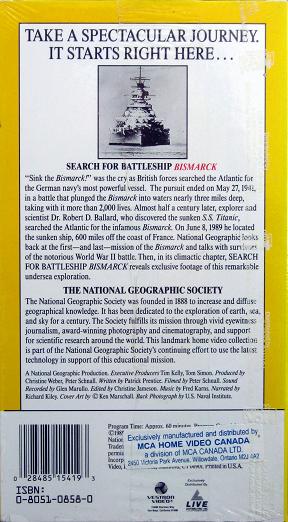 Many documentaries have been made about the sinking of the Bismarck, but Search for Battleship Bismarck carries the National Geographic mark of quality.

The above was first posted on February 12, 2017, as "My VHS Purge: Search for Battleship Bismarck".
Posted by Simon St. Laurent at 7:21 PM