The Mummy Returns on VHS 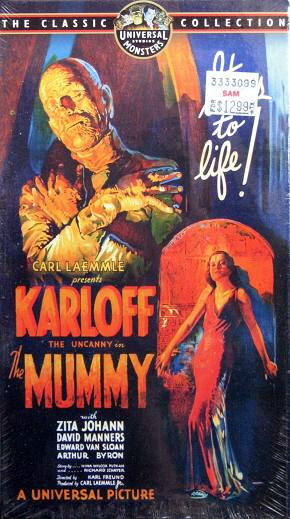 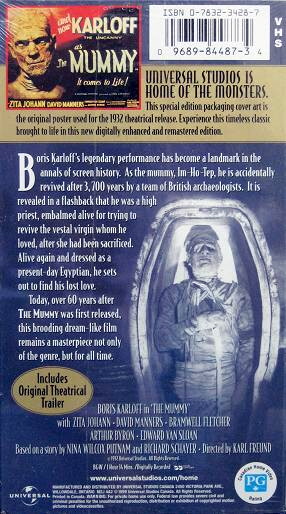 The Mummy (1932). A wonderfully creepy, but romantic, horror film that has long been a favourite of mine. I first saw it on late night television when I was in my teens. Before I parted with this particular VHS tape I watched it again and my affections were reaffirmed. The Mummy is more melancholy than I remembered it being but it still contains one of cinema's most chilling scenes.