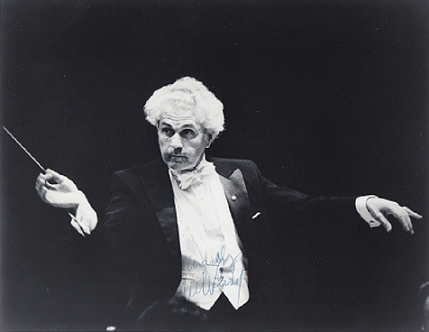 Viennese born Julius Rudel was principal conductor of the Buffalo Philharmonic Orchestra in 1981, when I sent away for the glossy. Like many good conductors he built a reputation in opera, including the New York City and Metropolitan opera companies.