On the first day of the month I wrote a piece on my matte painting concept for the 1996 Canadian feature film Johnny Shortwave. As I noted the film's limited budget ultimately would not allow for matte shots of any kind.

Below are several sketches of ideas I had for extending the industrial areas of Toronto into an heavily industrialized state. 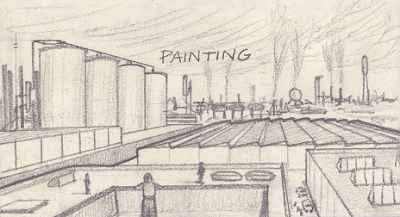 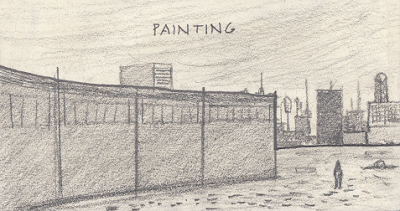 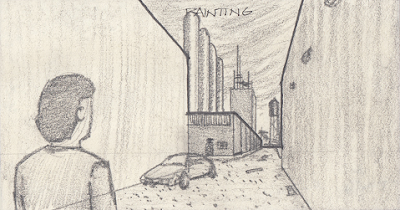 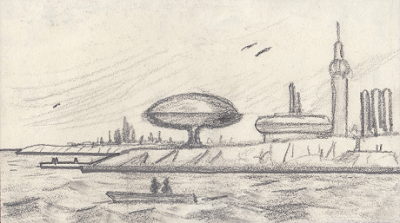 Hard lines are where the live action plate and matte match up?

You should work in this business.