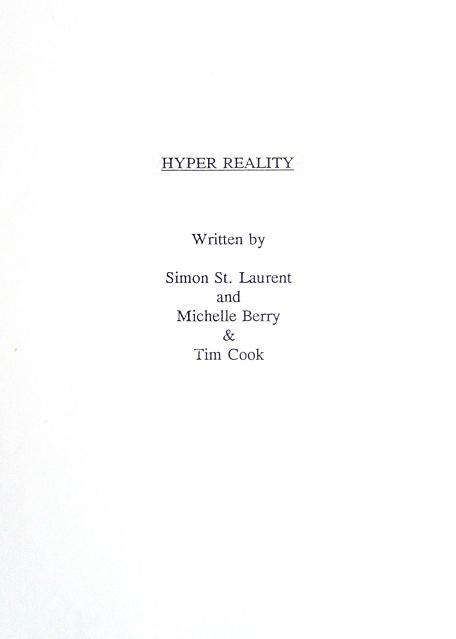 Back in February I posted a few times on my "Unfinished Symphony in 35mm", Hyper-Reality. Actually it's more a "commercial break stinger" since the planned running time is about 22 minutes.

In the first post in my volley of notes I ruminated about looking for crowdfunding to complete the project. The response I received was supportive, to say the least, and I got to work researching crowdfunding.

The reality was I had a couple too many balls in the air to take any further action at the time, but, during this coming summer I plan to pursue the idea.

Check back here in the coming weeks for some "making of" material; I don't exactly want to give away the joke, as it were, but I would like to offer the reader some glimpses into Hyper-Reality.
Posted by Simon St. Laurent at 7:35 PM