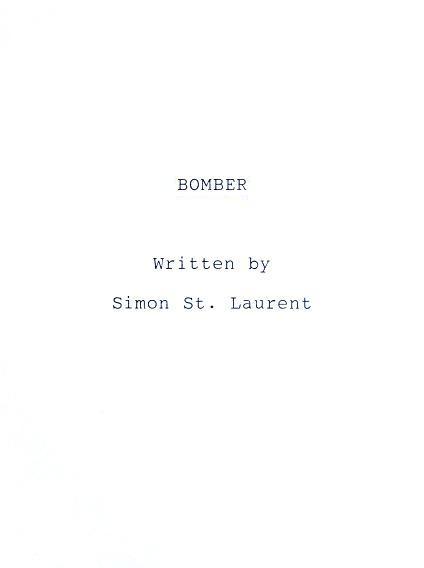 As I've noted a few times on this blog my late father was a gunner on Lancaster bombers during WWII. What experiences he related while I was growing up got me interested in the subject of aerial bombing (and warfare in general).

For a few years I toyed with the idea of writing a screenplay about a Lancaster bomber crew.

Through my twenties I researched the subject in a serious way. This entailed not only plowing through more than a few books, but speaking with Bomber Command veterans, many of whom were still around.

One vet in particular was a member of the Royal Canadian Military Institute (located on University Avenue here in Toronto) and he gave me "guest" status which allowed me access to the organization's substantial library. The only demand was that I snap into sartorial mode.

Yes, out came the shoe polish and the nice suit and the briefcase. Not only did I feel like a million bucks, and no doubt looked even better, I felt as though I was doing important work. For a while I would make a quick trip down to the RCMI, which was just a few subway stops from my residence, where a pleasant chap by the name of Patrick would sign me in for the day.

Eventually I produced what I thought was a solid script, at least from a historical and technical perspective: "Bomber."

Even then my consulting Bomber Command veteran used a good portion of his pencil in order to set me in the right direction. Some pages were covered with his notes.

I made some adjustments and submitted a copy to the Canadian Broadcasting Corporation's "Movies and Miniseries" department for consideration.

They rejected it, through a nice letter. Fine. That's part of the game: Rejection.

The wonderful explosion (pardon the pun) in film technologies would allow a project like "Bomber" to be done at a much lower cost than if it had been made in the 1990s.

The big questions are often asked:

What is Canadian Culture?

What are Canadian stories?

Well, going to battle in a cramped Lancaster bomber loaded with high-explosives and being shot at by German night fighters and 88mm flak guns, when you're in your late teens or early twenties, could certainly qualify as one. And if my father were still around, I'm sure he would agree.

Haven't heard the details of this project before. Great to know about it. Wish I had the sense to go to the RCMI...oh, the days before the net!

The Royal Canadian Military Institute's library is quite the resource. In a place like that a researcher must use his/her 'research skills' or face the real possibility of getting bogged down.