A Happy Street For the People

Premier Doug Ford's new government of Ontario is not exactly as was promised. Political staffers "clap out" the press during news conferences in order to stifle reporters' questions. It's as disgusting and childish as it sounds.

The Conservative Party of Ontario's slogan during the last election was "For the People". Well, the people, the ones with open and critical minds, that is, want a vibrant and active press -- which is part of a healthy democracy.

What's the takeaway here? Take one guess. There was and is no "for the people". It was all a lie. 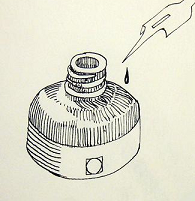