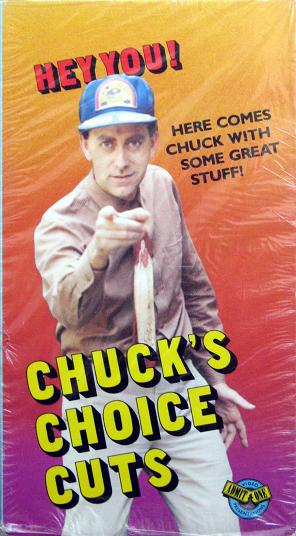 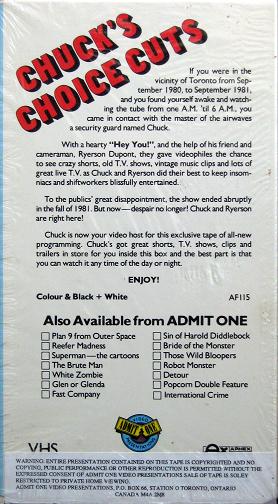 I grabbed Chuck's Choice Cuts in the early 'nineties from After Dark Video on Bathurst Street here in Toronto. The store itself had a fine collection of off-beat videos and a decor to match. (After Dark closed its doors years ago.)
Posted by Simon St. Laurent at 12:32 PM

Oh man...that's gotta be a collector's item by this point.

Some lucky collector has that copy.