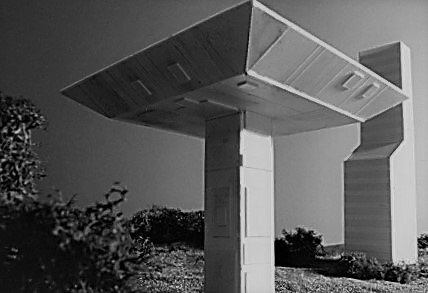 The punchline is I got the job. I like to think that my model job helped me secure the gig.

The above piece was first published as "Pop Up Demo Miniature Scenery" on November 15, 2017.
Posted by Simon St. Laurent at 12:36 PM