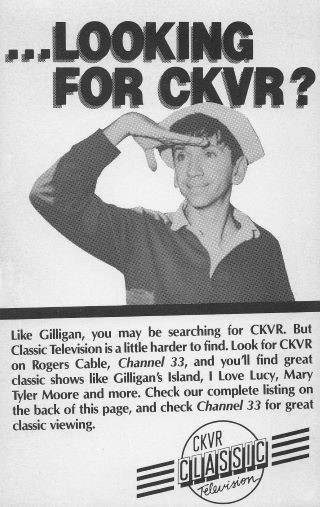 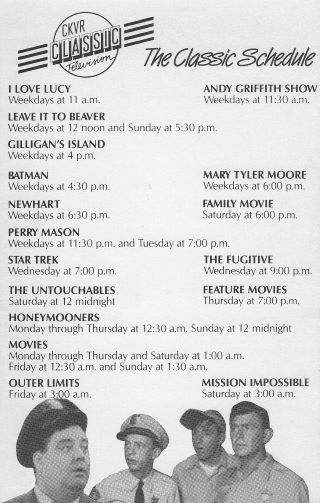 Above is a card that was mailed out to interested parties (like me) outlining CKVR's "upcoming" (summer and fall of 1993) late-night line up of classic television programs: Batman, Mary Tyler Moore, The Fugitive, The Outer Limits, Mission: Impossible, Perry Mason, Star Trek, I Love Lucy, Gilligan's Island, and so on, were shown into the wee hours of the night.