Re Design on a City's Future 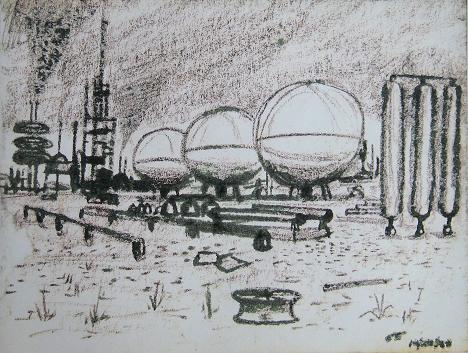 I'll have more material from Johnny Shortwave very soon....
Posted by Simon St. Laurent at 6:37 AM

Would this have been a forced perspective kinda effect or green screened with actors or just a straight up model shot?

It was a sketch illustrating the state of affairs in a future city. Any number of techniques would have worked. I had designed more specific shots (storyboards) but there was no money in the budget to do much of anything. Now, of course: Peanuts!

Thanks for the question!