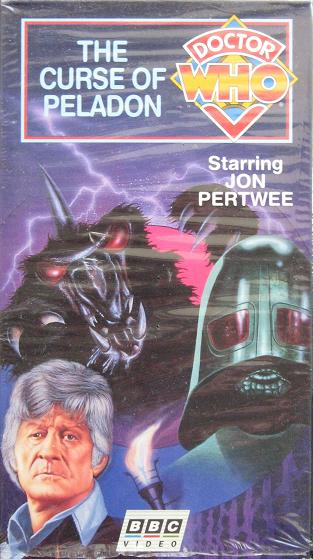 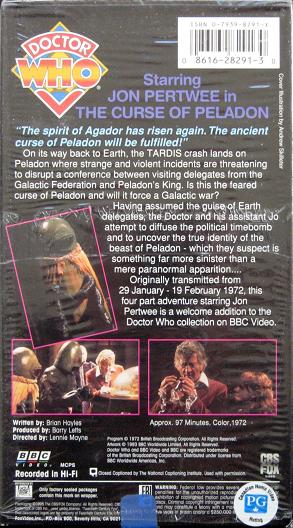 Proof of purchase: I bought the VHS of "Peladon" after doing a little pricing power play. It was January of 1996; I saw the tape in HMV -- on lower Yonge Street here in Toronto -- and then made the natural progression to the great Sam the Record Man store a few doors down and noticed "Peladon" was there too, but at one dollar more in price. (It should be stated that "Sam's" almost always had better pricing.) I went up to the sales guy behind the counter and told him what HMV was charging for the same tape. The quiet man, without saying a word, pulled out his label machine and popped out a price to match the competitor's. Sold. (My wording makes it look as though I had to have that videotape of "The Curse of Peladon".)
Posted by Simon St. Laurent at 9:36 AM

Last month I sold off a huge bag of my VHS tapes for first offer. No bargaining instinct, so $10 - hardly worth lugging to Bloor/Spadina area. Two major trilogies and such fare as Soul Man (C. Thomas Howell in blackface).

Most stores pay 1-2 dollars per tape. It sounds like you had a few bucks worth.

Thanks for the notes.